Dead Birds Fall From The Sky In Arkansas

Posted on January 6, 2011 by carshelpingpets

4,000 Birds Mysteriously Fall From The Sky

Like a scene from a horror film, more than 4,000 blackbirds fell from the sky in Beebe, Arkansas. The exact cause of this is still a mystery. Most sources are blaming lightning and high altitude hail produced by severe storms from the night before. Some are boldly claiming that it was the result of government testing. Others are suggesting that it is some type of virus. In addition, there are experts that suggest it was the result of fireworks that were set off for the New Years celebration. 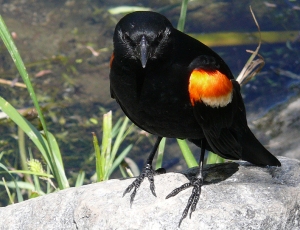 If Only Birds Could Talk 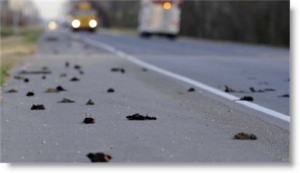 Imagine living in a small town and waking up to find hundreds of dead blackbirds in your yard. Residents in Beebe, Arkansas do not have to imagine this sight. Thousands of dead blackbirds were found in a 1.5 square mile area! Residents were grabbing shovels and picking up the birds. The city even hired a company to pick the other dead birds. Some parents are not allowing their children to play in the yard in case of a biological hazard. To add even more mystery to this story, the red-winged blackbird was the only type of bird found dead.

Autopsies on 17 blackbirds indicated that they died of severe trauma to their organs. (NBC NEWS) Furthermore, the autopsy revealed that the stomachs were empty, thus ruling out some type of poison. Dr. George Badley stated that they died in midair, not on impact with the ground.

This mysterious story of birds falling from sky does not end in Arkansas. Louisiana saw around 500 dead birds of the same species. Residents in Kentucky reported a small case of dead birds. In addition, more dead birds were found in Sweden, Brazil and New Zealand.

David Letterman made a joke about the story on his late night show. See the video here> David Letterman-Dead Birds Falling Onto Set.

I want to hear what you think about this phenomena. Feel free to comment on what may have caused this tragedy!

2 Responses to Dead Birds Fall From The Sky In Arkansas